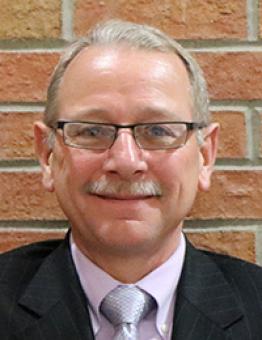 Brinson Kinzer, elected to the Scott County Board of Supervisors for 2015-2019 and re-elected for a second term, sworn in January 2019.  Brinson was raised in the west end of Davenport and attended Davenport Central High and Scott Community College.  Brinson has been employed as a journeyman electrician since his apprenticeship starting in 1985, and currently holds the position of full time Safety Director with a local electrical contractor.  Brison is an OSHA Authorized Construction Trainer and currently teaches OSHA10/30 for the Joint Apprenticeship Training Committee.

Brinson served three terms on the Blue Grass City Council, and was on his third term as Mayor of Blue Grass before being elected to the Scott County Board of Supervisors.

Brinson's wife, Donna Kinzer, serves the Blue Grass community as Secretary of the Blue Grass Club, serves on the Blue Grass City Council, and is currently the mayor pro-tem.  Brinson and his wife Donna have one son, Justin, who is a journeyman plumber and serves as a volunteer firefighter in Blue Grass.