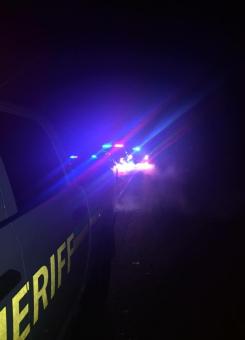 On November 14th, 2016 at approximately 9:05 P.M., a call was received by the Scott Emergency Communications Center of a single vehicle roll over in the 25500 block of 260th Avenue.

The 25500 block of 260th Avenue is located in the eastern part of Scott County near Princeton IA. This road is a single lane level (B) dirt road. A level (B) road is one that has very minimal maintenance.

On scene investigation showed a 2001 GMC pickup with 6 juveniles were traveling south on 260th Avenue from 257th Street. Near the 25500 block the pickup lost control and rolled over landing on its top. There were two passengers riding in the bed of the pickup. Several of the juveniles were ejected and resulted in one being airlifted by MedForce Helicopter with serious injury to Genesis East. Three others were transported by Medic Ambulance to Genesis East with serious to minor injuries.

All names are being held until further notifications can be made.

At this time there is one person in serious but stable condition. No further information on injuries are known at this time.

This accident remains under investigation.