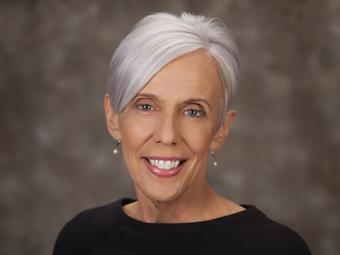 County Chairman Sunderbruch, along with several board members, recognized the significant accomplishments of Ms. Bruemmer during her tenure at the county and the role she has played in making the county financially sound now and in the future.  The Moody’s Investor Services upgrade to Aa1 this month is a validation of the hard work that has been done to create the necessary fund balances and capital improvement plans that will allow the County to continue to have one of the lowest county property tax per capita in the state. Only nine counties have a lower per capita amount.

Over the seven years of Ms. Bruemmer’s tenure, the County has implemented several cost savings measures to assure financial success.  She introduced LEAN to the organization, which lead to operational savings in many of the departments, and skill development, to continue to find ways to become more efficient. These new ways of doing business saved the county over $1.5 million in the first year and has contributed ever since to increasing the fund balance to over 20%.

To help offset the revenue losses due to the 2008-2010 recession Ms. Bruemmer recommended the county become self-insured and develop a strong wellness program which has had great results.  Since 2009 the county health insurance cost has increased an averaged 2% per year a rare result private or public sector.  One of the more innovative ideas she recommended was insuring inmates to reduce medical costs in the jail.

In addition, she led the County in developing an IT masterplan that resulted in new financial software for better performance management and a complete replacement of the County’s hardware and software. Additionally, a facilities masterplan was completed which included $8 million of courthouse renovations to upgrade courtrooms and security; expansion of the secondary road facility to combine the workforce and bring preventive maintenance of vehicles in house; and finally a new patrol facility located near Highway 61 and I-80. All of these projects are funded without bonding.

Supervisor Hancock, who was Chair at the time when Ms. Bruemmer was hired, recognized her significant knowledge of local government and her ability to collaborate with other jurisdictions and agencies.  “The County has benefited because of her breadth of knowledge and skills and we only hope that she continues to serve our community in her retirement.”

Supervisor Earnhardt, who worked closely with Ms. Bruemmer in the formation of the mental health region and in securing funding from the state for mental health services, stated that “Dee is a professional who has worked exceptionally hard to satisfy the needs of the County.”

Supervisor Brinson Kinzer stated “I have worked with Dee only a short period of time but have been impressed with her work and the excellent job she has done for the County.  I made a friend and I will miss her leadership.”

In reviewing her time working with Ms. Bruemmer, Supervisor Diane Holst added, “I am fortunate to have had the opportunity to work with someone so well versed in the operations of our county, and I appreciate her sharing her knowledge.”

The Board of Supervisors plans on discussing the process to replace Ms. Bruemmer at their next Committee of the Whole Meeting on December 1, 2015.