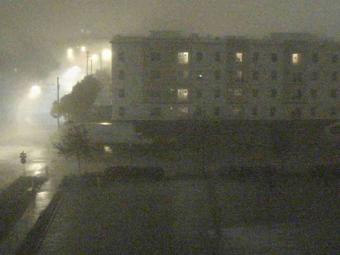 The Scott County Emergency Management Agency in coordination with the Cities of Davenport and Bettendorf and Scott County are finalizing plans to conduct a damage assessment survey in several areas of the County impacted by the EF-1 tornado that damaged the properties in the area last Thursday, October 6, 2016.

The National Weather Service has determined that an EF-1 Tornado with wind speeds reaching 115 mph took a path through Scott County along a line from near Credit Island Park in southwest Davenport to Duck Creek Park in east Davenport, entering Bettendorf just north of the intersection of Utica Ridge Road and Spruce Hills Drive. The storm continued moving northeast crossing Tanglefoot Lane near Greenbrier Drive, eventually crossing I-80 near Middle Road. From there, the storm damaged several farm buildings, proceeding northeast, moving north of Le Claire and slightly south of Princeton. The storm eventually crossed the Mississippi River and caused some damage near Cordova in Illinois.

All along the path, evidence of the storm could be found in damaged and uprooted trees and damage to buildings. Some areas were harder hit, especially in Davenport and Bettendorf where large, mature tree canopies combined with denser distribution of buildings led to numerous reports of damage to residences, commercial and government buildings, downed trees and power lines.
City departments including Fire, Police, Public Works and Forestry in both cities worked throughout the evening following the storm and continue to work to clear streets and make damaged areas safe and secure.

Mid-American Energy crews worked feverishly in the hours and days following the storm alongside city staff to restore energy and make things safe in numerous locations where the storm and/or damaged trees impacted power lines.

In Davenport, the storm took off a section of the roof at the Scott County Jail. Also in downtown Davenport, the storm damaged the roof and building that houses the King’s Harvest Mission, a local non-profit that feeds and shelters persons in need. That operation has been relocated to a temporary site until their building can be assessed. The American Red Cross is assisting with that temporary relocation and Davenport CitiBus assisted with transportation for that the move on Friday evening.

All three municipalities will be sending teams out, armed with storm path maps from the National Weather Service and property parcel listings, to gather information regarding damage to private residences, public property and businesses. The damage assessment teams, made up of city and county staff, will use FEMA guidelines to categorize the impact to each affected property. This preliminary assessment will allow the County to accurately estimate the cost impact of the storm and report the damage impact to the State of Iowa.

While local officials do not expect that the total impact from the storm in Scott County is sufficient to warrant the availability of any financial assistance from the State of Iowa or FEMA, Dave Donovan from the Scott County Emergency Management Agency stated, “We won’t know for sure unless we do a more thorough, systematic damage assessment.”

Damage assessment teams will be working their way through both cities and unincorporated portions of the county over the next several days. They will be looking to document and classify evidence of damages, hoping to speak to property owners where possible and noting if properties are insured.

Questions regarding the damage assessment process may be directed to individual city Public Information Offices or the Scott County Emergency Management Agency.