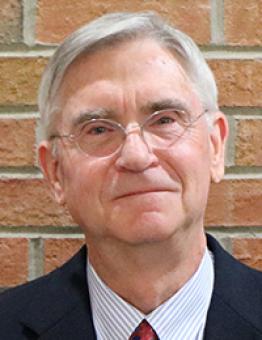 Ken Beck was first elected to the Board of Supervisors in November 2016.  Ken was reelected and began his second term on January 4, 2021, and is currently the Chairman for the Scott County Board of Supervisors. He serves on the Bi-State Regional Commission, Waste Commission of Scott County (current Vice-Chair), Eastern Iowa Mental Health Region Board (current Chair), and will serve as the Chair of the SECC Board of Directors.

Ken and his wife Linda moved to Scott County from Denver, Colorado in 1984, initially living in Parkview, then moving to Bettendorf where they have resided since 1985 and raised their two children. Their daughter and son live in Bettendorf with Ken and Linda’s two grandsons and granddaughter.

Ken graduated from Northern Illinois University with a Bachelor Degree in Chemistry, and received a Master Degree in Civil Engineering from Northwestern University. With over 40 years of experience as a consulting engineer, Ken retired from Terracon Consultants, Inc., a national geotechnical and environmental consulting engineering company in June 2019, where he served as the office manager for over 24 years.  He now is devoting his time to county business.

Ken joined the Davenport Rotary Club in 1990, has served on the club’s board of directors (current board member), and has perfect attendance for the past 20 years. For more than 20 years, Ken has volunteered as a musician in worship teams at several local churches, and travels to smaller rural churches with an outreach musical group.