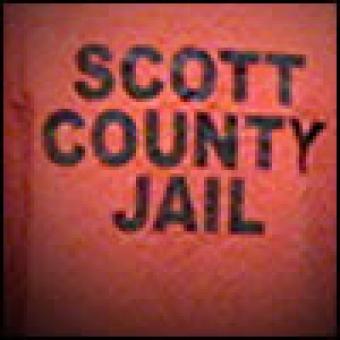 Frequently asked questions regarding inmates at the Scott County Jail.

Q: Look up an Inmate’s Information?

Find inmate records in the Scott County Jail Current Listing. Online records are limited to only those inmates currently in custody or released in the last seven days. Federal inmates are not included.

Go to the Jail Inmate Listing.

Q: Get information about a court date, time, or room number?

Contact the Scott County Clerk of Court by calling (563) 326-8787 or online at https://www.scottcountyiowa.gov/courts

Most court proceedings are open to the public in person at the Scott County Courthouse.

Q: Register for Notification with VINELink?

You can register to receive updates when an inmate is transferred or released with the Iowa VINELink Statewide network. Start by going to the inmate record. If the inmate is still in custody, follow the link provided to the VINE Notification System.

Find out more about the VINE Notification System in Iowa.

You can bring cash to our jail lobby and use the lobby kiosk to deposit cash.  You can mail in a cashier’s check and money order through the US mail service.

Go to http://www.inmatecanteen.com to leave a deposit and/or purchase a phone card with a credit/debit card (daily/monthly limits) are in place with the credit card deposits.  ($150.00 per transaction and $500 every 30 days. Both limits include service fees).

Q: Make a Deposit to an Inmate’s Phone Account?

You can purchase phone cards off the commissary website at: http://www.offenderconnect.com

Q: Leave a Message for an Inmate?

Sheriff’s staff will not pass on messages to inmates. It is recommended that you write the inmate a letter.

Q: Send Mail to an Inmate?

Mail for inmates must come into the jail via the United States Postal Service. The sender’s complete name and address must be on the return address portion of the envelope. If it is not, the mail will be returned to the Post Office. Mail with any other writing on the envelope, perfume or lipstick will be returned. Obscene photos or content are not allowed.

Address the envelope to:

Go to the visitation page

Inmates must complete a Visitor Request form for each visitor and submit it to the Jail for approval. If you would like to visit an inmate, write a letter to the inmate and provide them with your information. He/she will need your full name.

Q: Pick up an Inmate’s Property?

Property for any inmate in custody is only released Monday through Friday, 10:00am – 1:00 pm only.  Must have a valid picture ID to pick up property.

Q: Pick up an Inmate’s Property who has been transferred to Oakdale?

Inmates must complete a Property Release prior to their transfer. This release dictates who may receive the property. Photo Identification is required. This property is released Monday thru Friday 9am to 1pm.

Q: Drop Off Court Clothing for an Inmate?

Clothing for jury trial appearances may be brought in with prior approval of the Jail. Only two outfits are allowed.

Q: Provide an inmate with photographs?

Each inmate may have a total of fifteen (15) photographs in their personal possession. Photographs must be 4" x 6" or smaller to be accepted. The Jail will NOT accept Polaroid type photos. Photos must be mailed to the inmate. We will not accept them in person. Obscene photos are not accepted.

The Scott County Sheriff’s Office does not accept packages or any other property for inmates. Neither the Sheriff’s Office, nor jail staff, will be responsible for lost or stolen items. Property left for over five (5) days will be considered abandoned and will be discarded.

Q: Volunteer at the Jail?

Q: Under Charge Information, what do the charge codes mean?

Sometimes codes are used to describe the charges listed in the inmate listing. We will try to describe some of the common inmate charge codes here.

Remember all individuals displayed on this website are innocent until proven guilty in a court of proper jurisdiction. The associated charge is for reference only and is not an indication of guilt. Information provided should not be relied upon for any type of legal action.